We finally did it! I’ve wanted built-in bookshelves for FOREVER. I mean, really. Like 10 years or more. I came up with the idea a long time ago. Then over the years, I would occasionally say it again to my husband.

Then I came up with one of the coolest parts of our built-in bookshelves and that’s what sealed the deal and got my husband on board right-away!

We wanted to have a door from one room to the other next to the built-in bookshelves, but we weren’t sure how we wanted it to look and then one day I said, “Maybe we should make it a hidden door…”

My husband thought that was a great idea! So much so, that he then convinced me we should get started on these bookshelves the next week! That’s right, after 10 years of saying…”Don’t you think it would look good to have built-in bookshelves here?” All it took was a hidden bookcase door, our very own Scooby-Doo door to get him on board and fast!

This was our first “real” carpentry project, so we decided to start with a BIG one! We’ve always done a bunch of DIY house projects, but we’ve never built even a small table or anything. But, with YouTube and the internet we decided to build our built-in bookshelves and our hidden bookcase door, kind of on a whim! So, if we can do it, so can you!

The bookshelves are also a room divider so we decided on 6 bookshelves—3 on one side and 3 on the opposite side and 1 hidden bookcase door. All with 6 shelves each.

We decided to build the whole thing out of plywood—after consulting the internet, of course!

It’s kind of hilarious that we ordered all of our plywood and trim pieces before deciding how we planned to rip the plywood. And also, cross-cut it—before this project, I didn’t even know there were different names for the direction you cut wood!

The order with our plywood and trim arrives.

We originally thought we might rip the plywood on a table saw, but that quickly seemed like a bad idea. Instead we ripped all the plywood using a circular saw and this handy Kreg Rip Cut jig I found online.

Then we put all 7 bookcases together.

And, built a base for them to sit on.

We decided to put our bookcase door on casters. First, so that if we put too many books in it, it’s not just hanging there on the wall and also so we can still open it if we add too many books!

We had planned to use a pivot hinge that seemed like a great idea at first, but after looking into it more, we decided, plain-old commercial door hinges would be better.

We actually also took on another big DIY project (not nearly as big as the bookshelves!) at the exact same time and worked on part of it simultaneously. I’ll be posting it at a later time. It’s done, but we may make a couple of additions to it and we’re literally too tired and too behind on other things to do it now!

WHAT YOU NEED TO BUILD BOOKSHELVES:

This is our DIY jig for cutting all the boards for the shelves.

The best part—adding the books! We waited a whole month for the paint to dry before adding them.

Who doesn’t want built-in bookshelves?! They add character to a room and they are great for holding books 🙂 Ours are semi-permanent (they could technically be removed since the wall and floor underneath are in their original state…with a bunch of holes now). Without the hidden door they could probably be temporary and even work for a rental— they are so heavy having shelves on both sides, that are all connected, they would probably stay put on their own (for the most part).

If you’re inspired to do your own DIY bookshelves and/or hidden bookcase door, tag me @reesetraves, I’d love to see them! 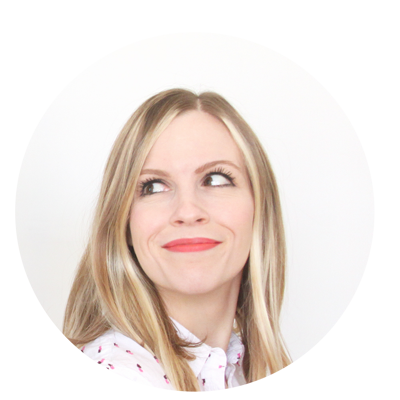